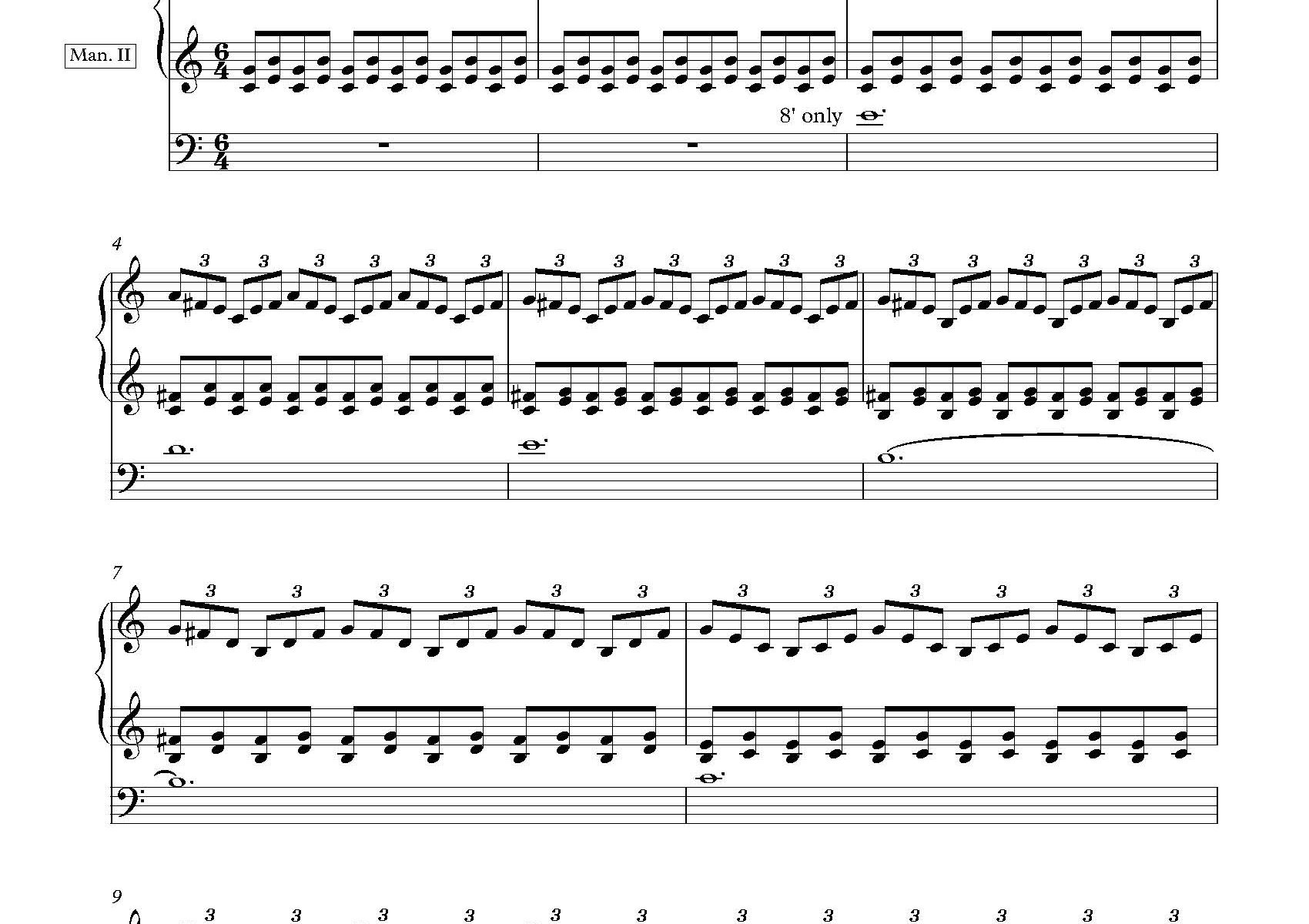 Diptych for the Baptism of Our Lord

Of this set the composer writes:

The undulating eighths and triplets in the River Jordan convey the flowing waters of the river Jordan. The continual change of the time signature and the variation of figures mimics the river’s widening and narrowing twists and turns.

The Voice of the Lord attempts to express the all-encompassing nature of the voice of the Lord as described in Psalm 29. Inspired by the opening lines of Rainer Maria Rilke’s first Duino Elegy (trans. by Stephen Mitchell):

For beauty is nothing
but the beginning of terror,
which we still are just able to endure,
and we are so awed because it serenely disdains
to annihilate us…

Extensive performance notes, including a visual primer for the composer’s graphic notation.

This website uses cookies to improve your experience while you navigate through the website. Out of these cookies, the cookies that are categorized as necessary are stored on your browser as they are essential for the working of basic functionalities of the website. We also use third-party cookies that help us analyze and understand how you use this website. These cookies will be stored in your browser only with your consent. You also have the option to opt-out of these cookies. But opting out of some of these cookies may have an effect on your browsing experience.
Necessary Always Enabled
Necessary cookies are absolutely essential for the website to function properly. This category only includes cookies that ensures basic functionalities and security features of the website. These cookies do not store any personal information.
Non-necessary
Any cookies that may not be particularly necessary for the website to function and is used specifically to collect user personal data via analytics, ads, other embedded contents are termed as non-necessary cookies. It is mandatory to procure user consent prior to running these cookies on your website.
SAVE & ACCEPT